Is Inflation nearing a peak? Some economist think so... 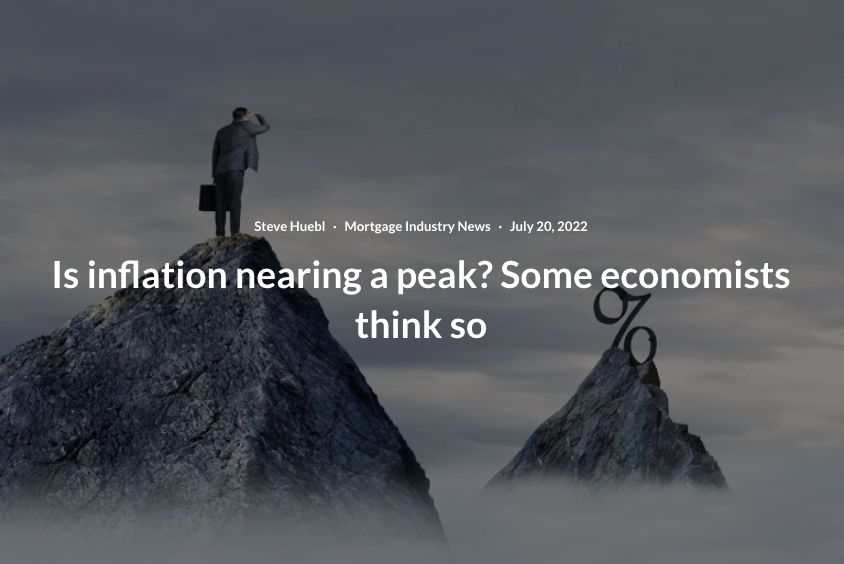 Despite June’s headline CPI inflation reading rising to a near-40-year high, it was less than markets had expected.That could signal that inflation is finally nearing a peak, which would be welcome news to the Bank of Canada as it plans its next rate hike on September 7.In June, the Consumer Price Index (CPI) accelerated to an annual rate of 8.1%—its highest level since 1983—and up from 7.7% in May. Gas prices were the main driver, rising 6.2% month-over-month, according to Statistics Canada data.Core inflation, based on an average of three key measures that strip out the most volatile basket items, rose to 5%, up from 4.73% in May.“High inflation continues to be the biggest risk to the economic outlook,” TD economist James Orlando wrote in a research note. “Though the rise in the yearly rate of inflation is going to grab headlines, there was a meaningful deceleration in the monthly numbers, with most categories showing less monthly price pressure.”
Walking with you every step.
By using our site, you agree to our Terms of Use and Privacy Policy